The gates and fencing were another custom project that took over two years to complete. The gates and fence were designed by Tim and Janelle and were built by Flashpoint (in Troy). The poles and gates had to be set using a boom truck. 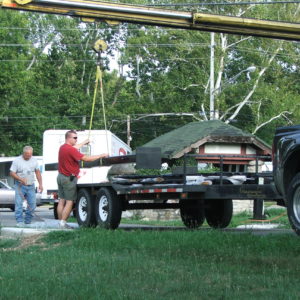 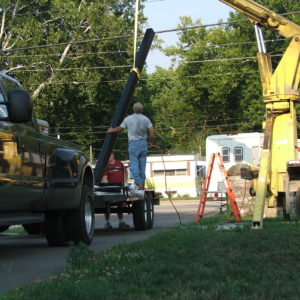 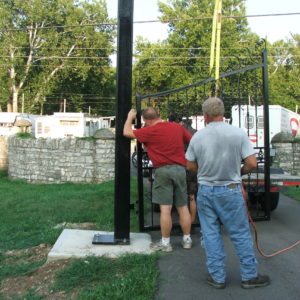 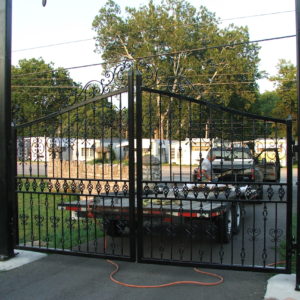 We put the arch up in the spring of 2008 with the help of a boom truck from USI: 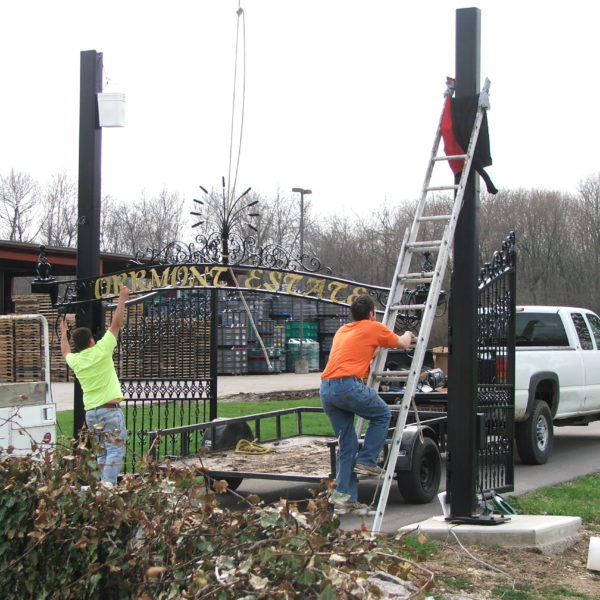 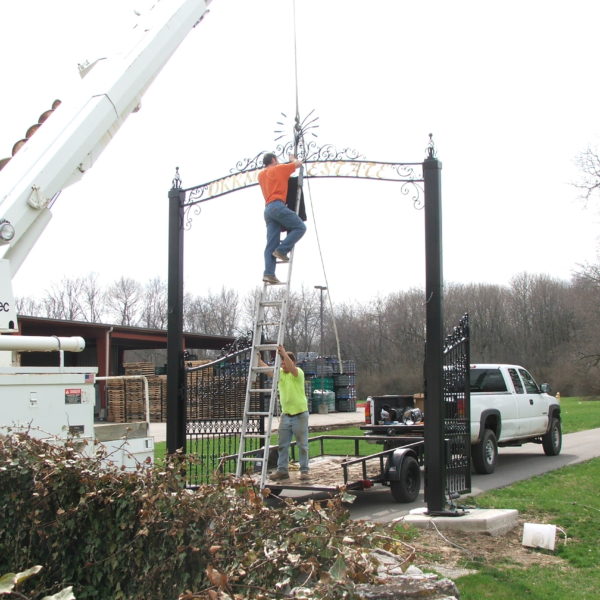 We wanted the name to stand out on the gates so Tim learned how to guild the letters with real gold. The next pieces were the man gates and the fencing. 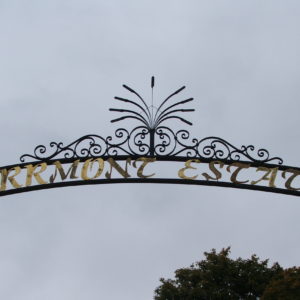 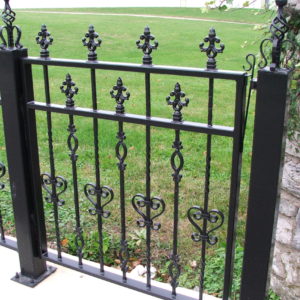 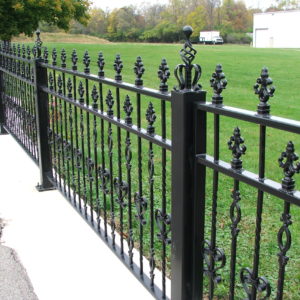 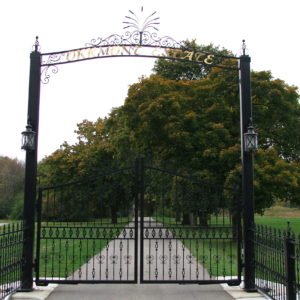 The call system of the gate opener is still under construction