Painting the house seemed like a daunting task (and it is), so we decided to do it in little pieces, in between weddings so we would be able to have it cleaned up for each wedding again.  We also decided to change the color scheme from white and red with a green roof to off white and dark brown and a brown roof (eventually).

We started on the Sun Parlor since there was rotten wood around one of the windows. 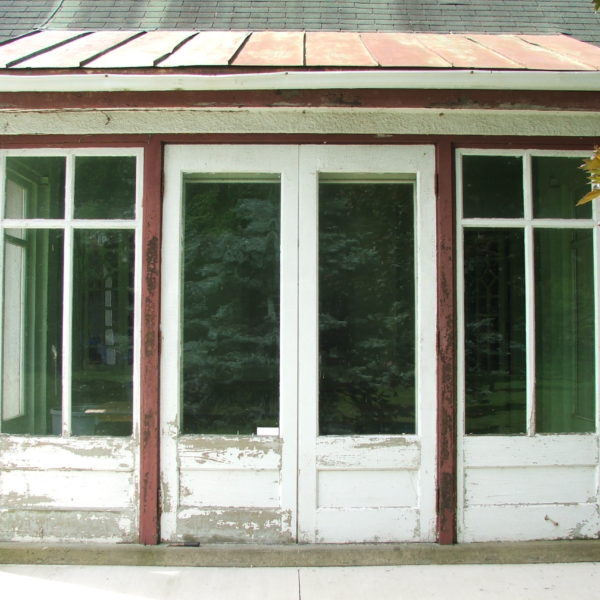 So we scraped and used a heat gun, then primed and painted the metal roof. 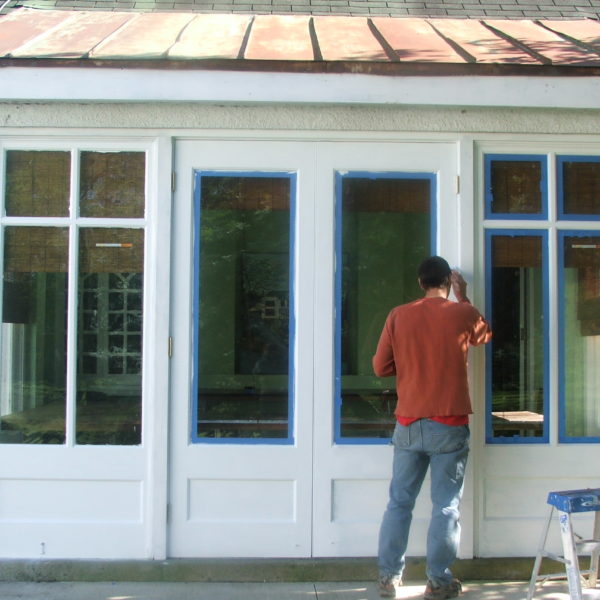 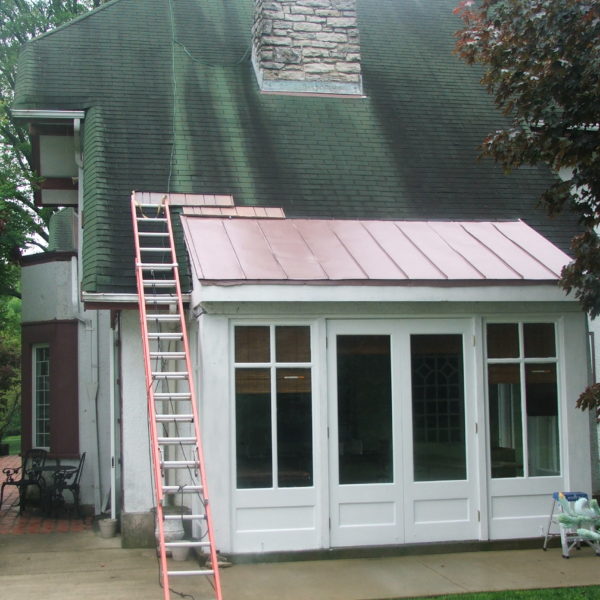 We painted the doors and windows white, and the trim brown, and then we began on the front of the house, the middle section.  We power washed it to get off
the loose paint, and primed the walls. 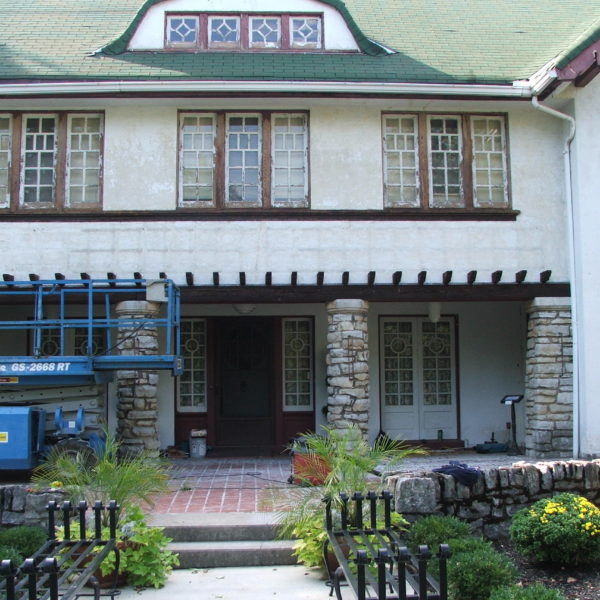 The trim was all primed, including the brackets. Then the trim was painted, and new lattice work put up. The old was just not really salvageable, but it is identical to the old. This part  we did during the week between weddings, so we brought in some help! 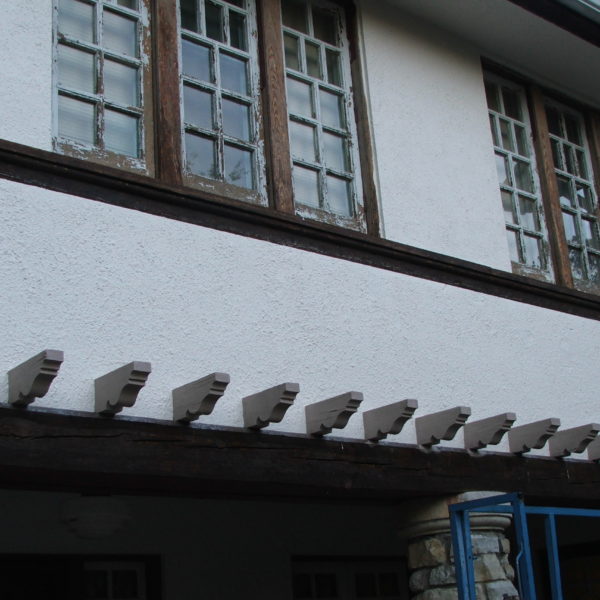 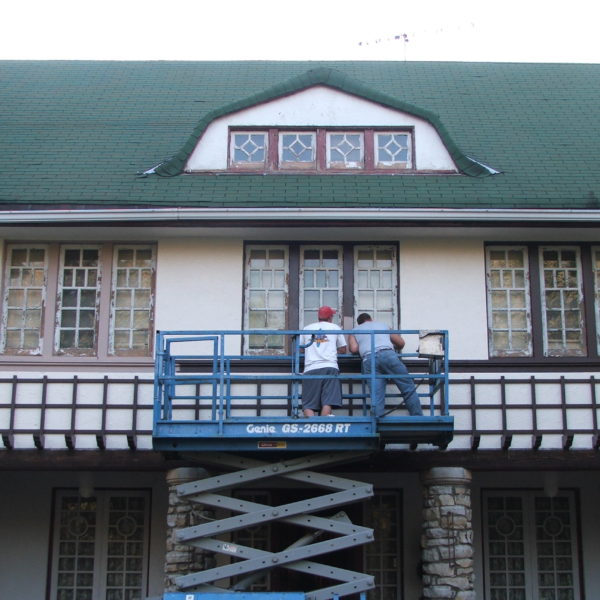 Once weddings were over for the 2010 season, we began work on replacing the facia boards and making the roof have a straight line instead of the shingles rolling over.  We also had to replace the wooden beams, and decided to dress them up a bit by putting a profile on them, the same profile as the small brackets  on the front of the house in the center section.

In these two pictures you can see the changes we are making from the side we haven’t yet started. 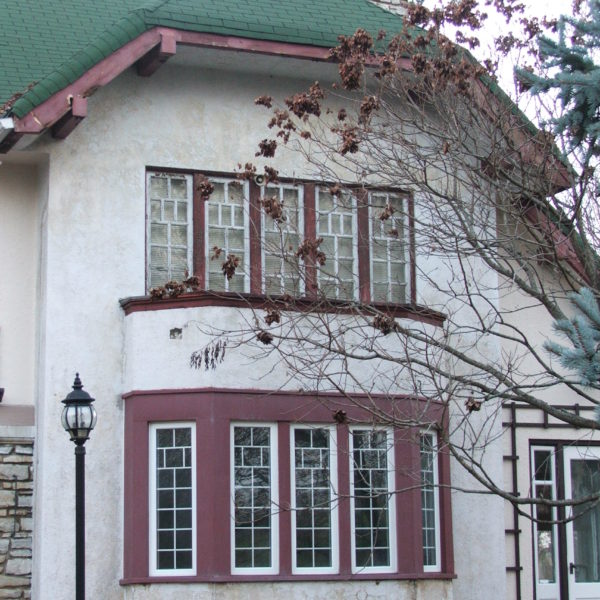 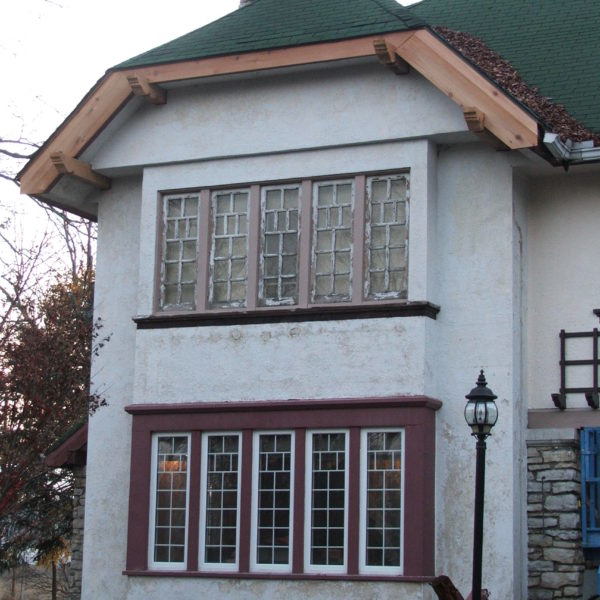 Here you can see some of the work that went into getting rid of that “roll” on the roof.  Things didn’t line up very well, so our carpenter had to get creative.  We wanted to go ahead and get rid of in now in preparation of getting a new roof in the next few years. 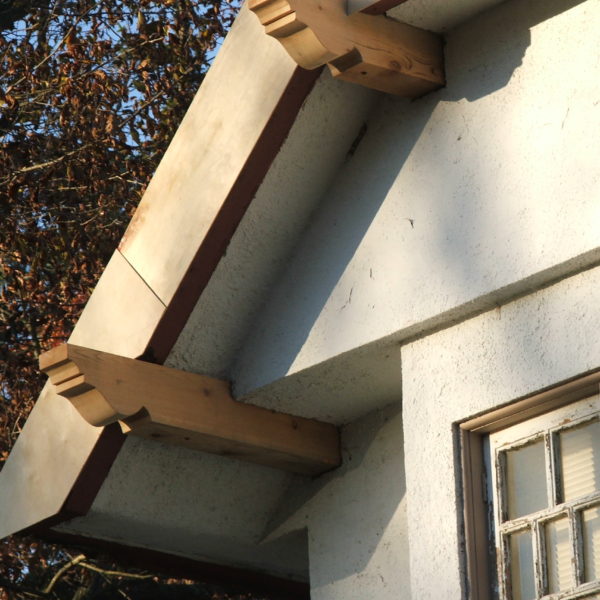 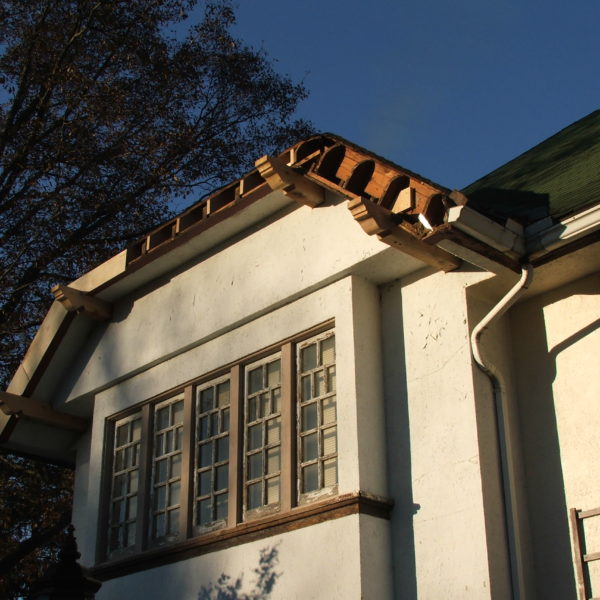 We also got new windows on the second floor across the front of the house.  Which look great from the outside, but we see the most benefit as they now all open and have screens, which is great considering we have no air conditioning. 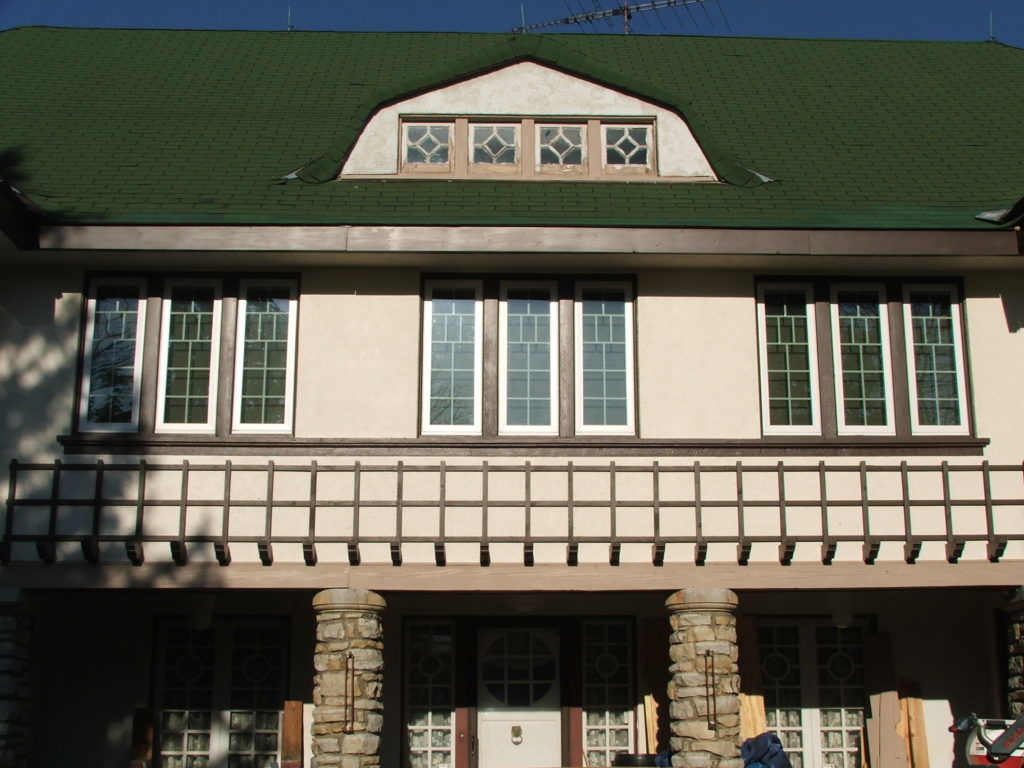