There is a rock patio out in the yard that had gotten overgrown and needed reworked.  First all of the dirt and grass had to be scraped off. 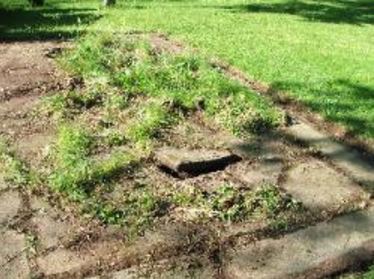 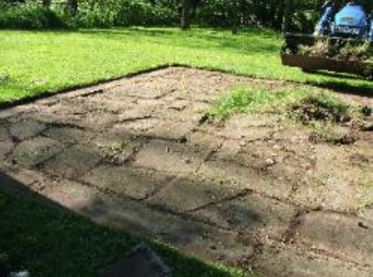 Then we carefully numbered each rock and began to take them out. 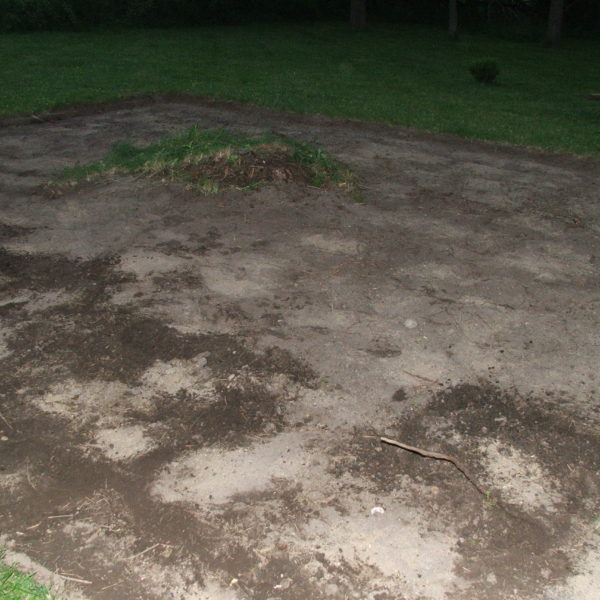 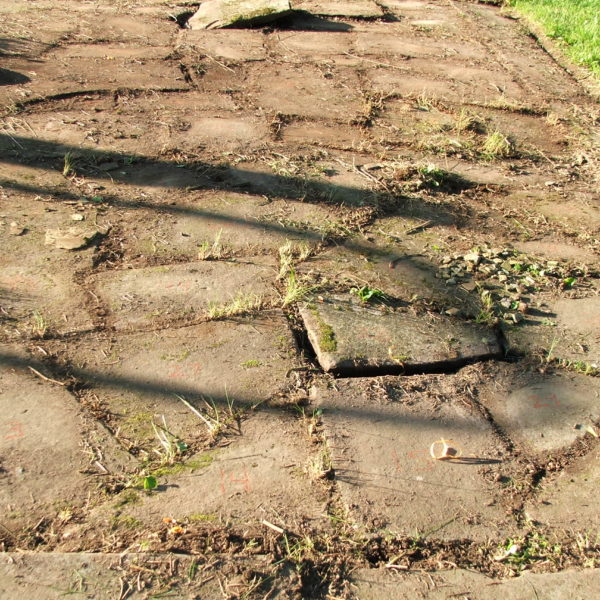 There was an old stump in the middle that had to be removed.  Then we put in about eight inches of gravel for a solid base. 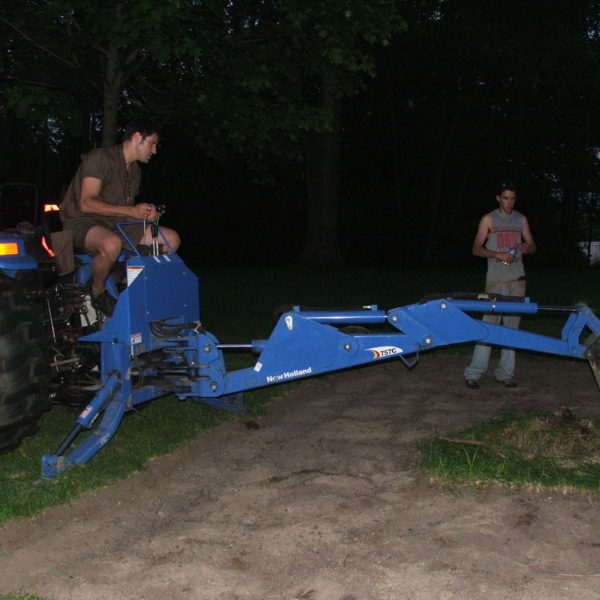 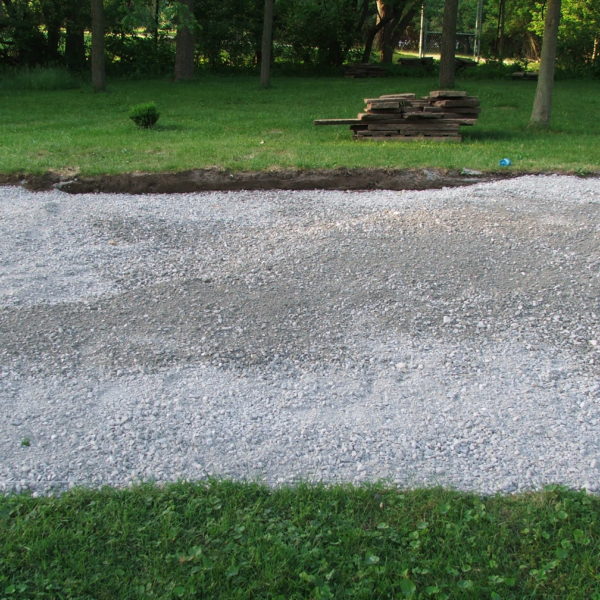 The gravel was compacted, then a barrier put down and the rocks had to be relaid. 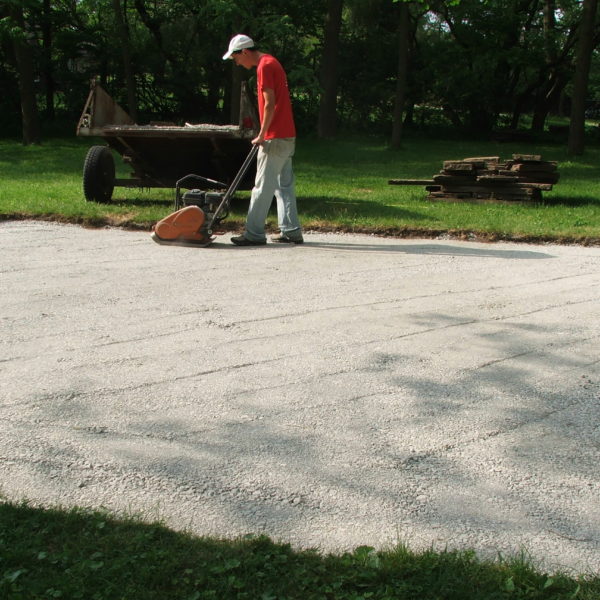 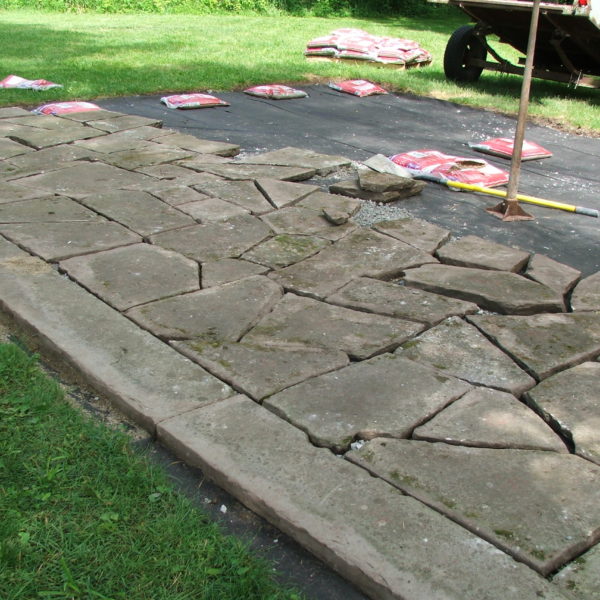 Gravel and sand was filled in between the rocks to keep them from shifting. 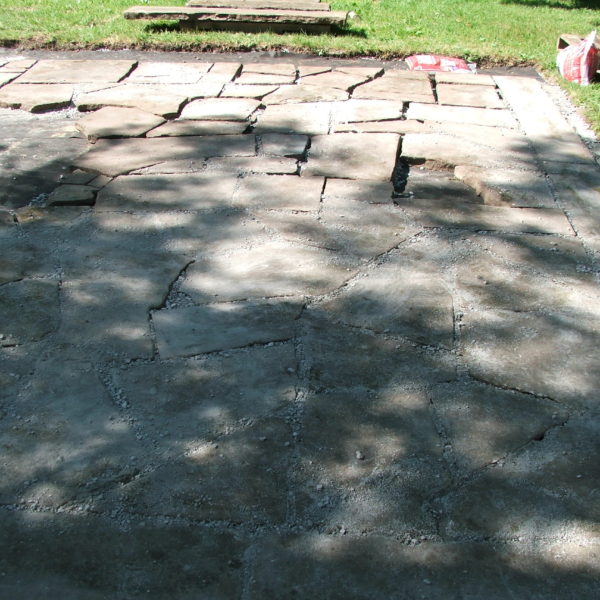 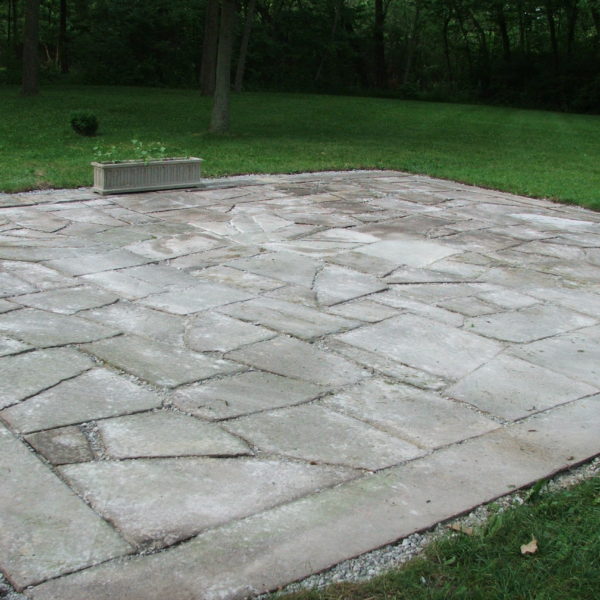