We had beautiful hills in the front of the house but they were difficult to mow as well as hard to grow grass on with lots of wedding folks running up and down them each weekend, so we decided to take them out and put in a rock wall.  This turned out to be a very big project, much bigger than we had anticipated.  But don’t they all?

We knew we wanted to use old rocks since the walls would butt up to the spring house, that is also made of stone, and it has been weathered for over a hundred years.  Tim found an old spring house, similar to ours and got permission to tear it down, after we sprayed for poison ivy. 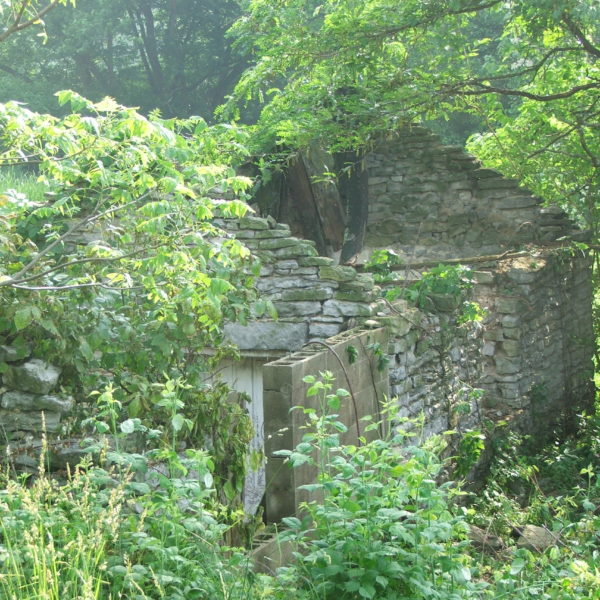 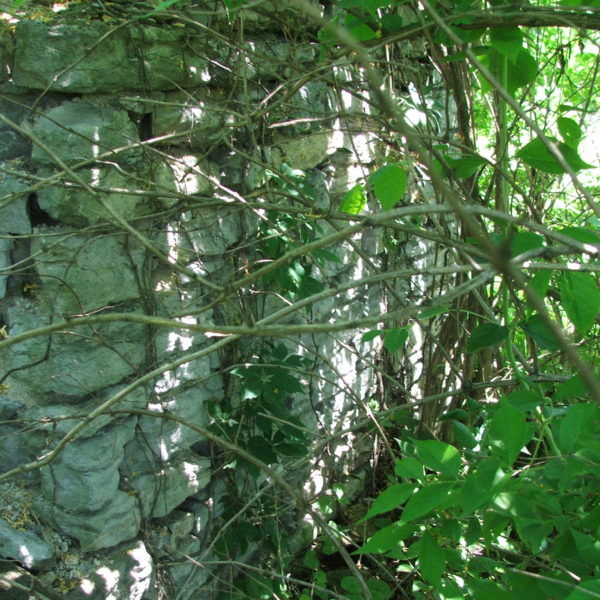 It took about a week to tear down, load on skids, and haul home.  Then we had the material for the wall.  We ended up with around 60 skids of rocks. 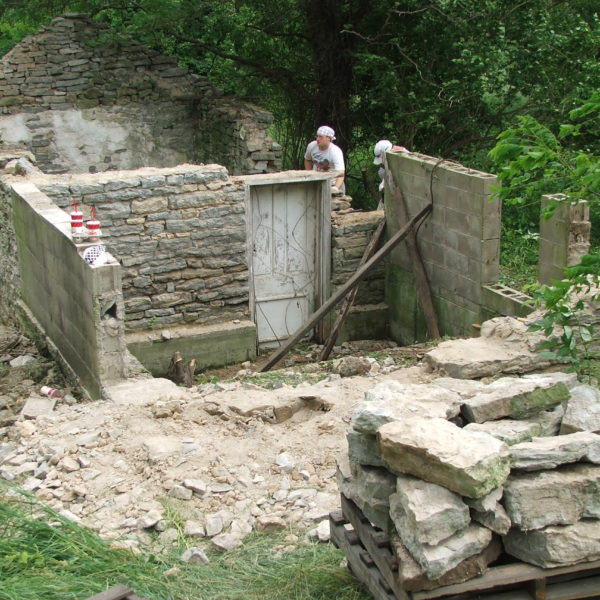 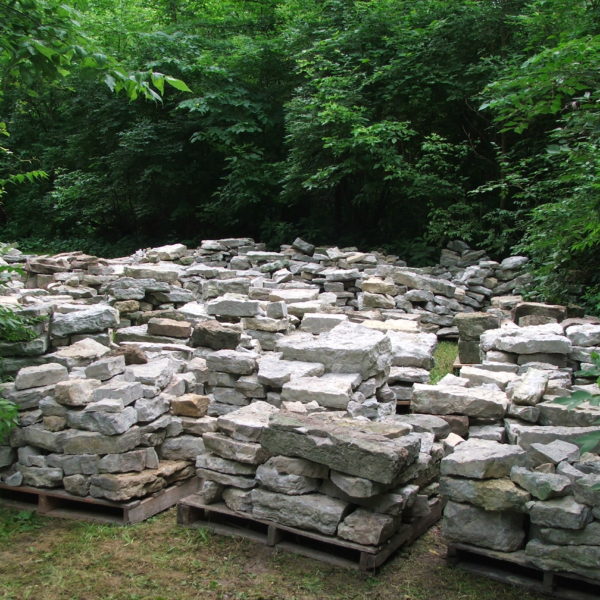 We waited until the 2009 wedding season was over and started the actual wall by tearing out bushes. 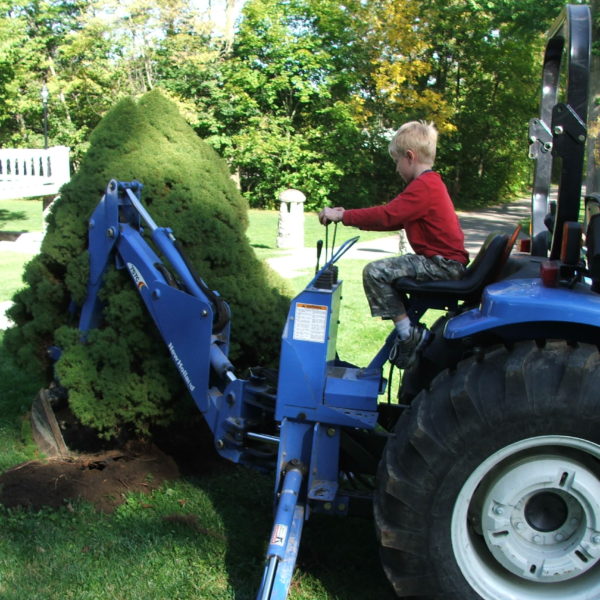 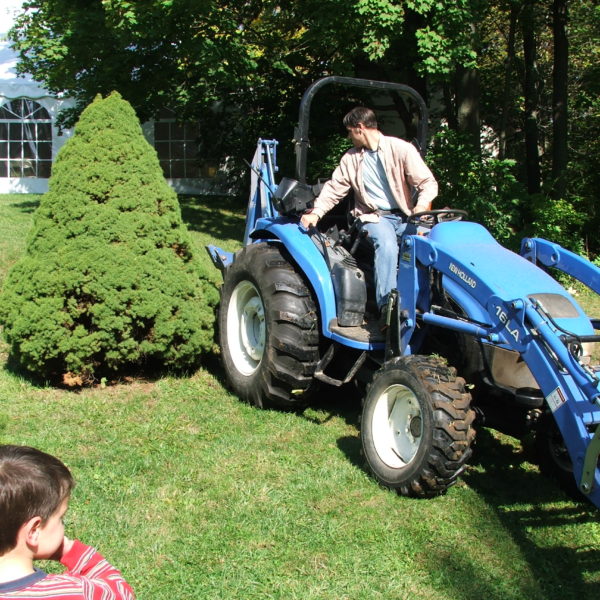 Once the bushes were out, we dug the trenches for the footer of the wall. 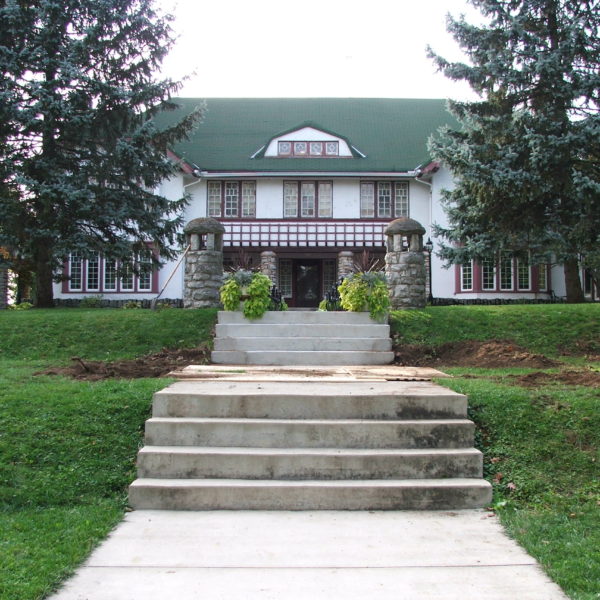 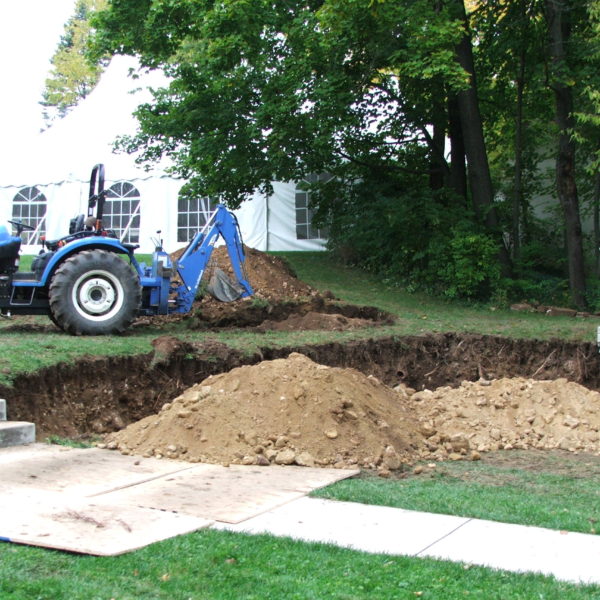 Next we put in a base gravel and then poured concrete (4 trucks-who knew?).  Pepcon gave us a great price on concrete for this project. 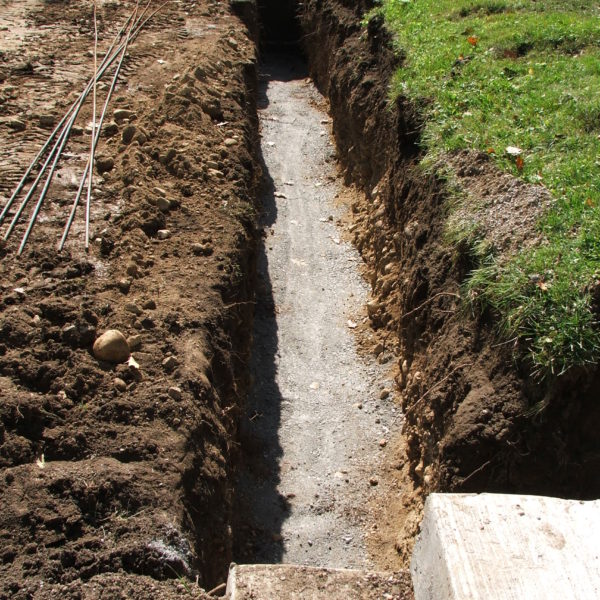 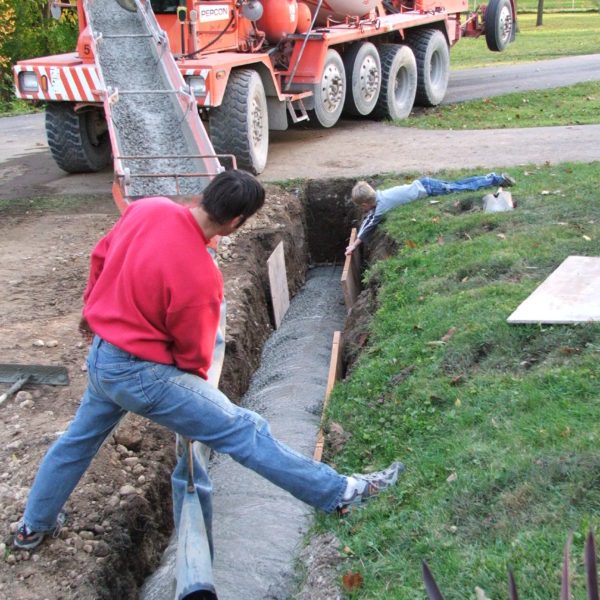 The final piece, the actual building of the wall, we hired out to Tucker Masonry. 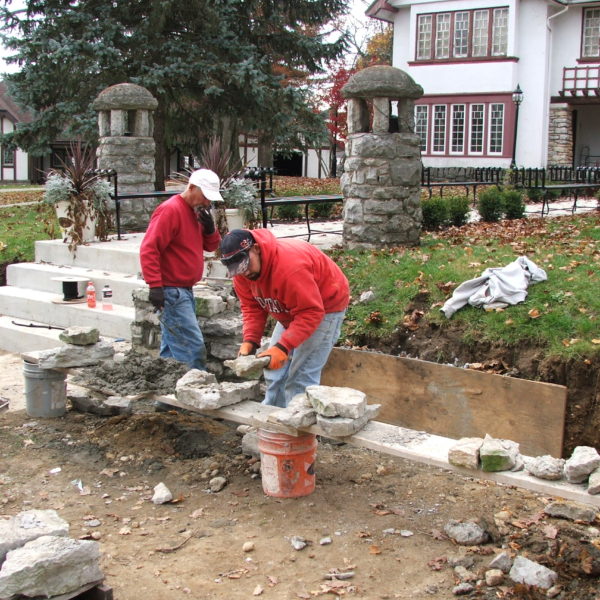 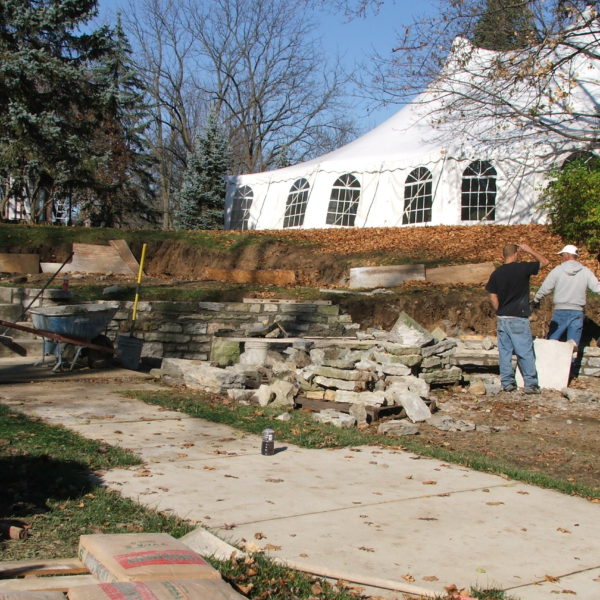 After the walls were up, we filled in with gravel for drainage, and then top filled with dirt so we could get the grass going for the 2010 wedding season. 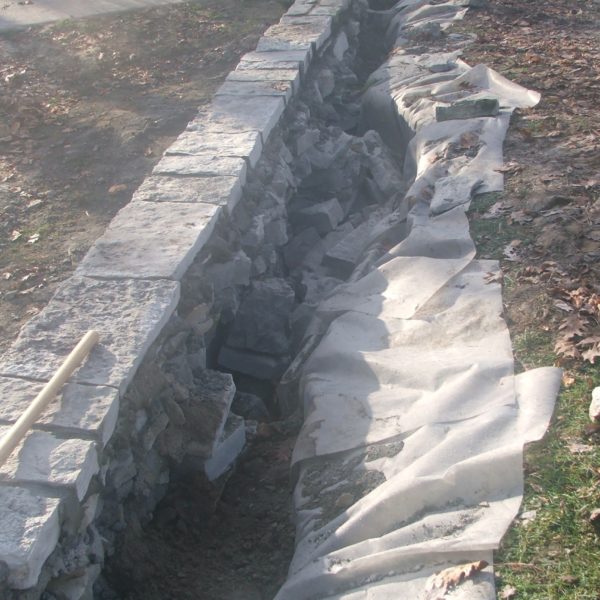 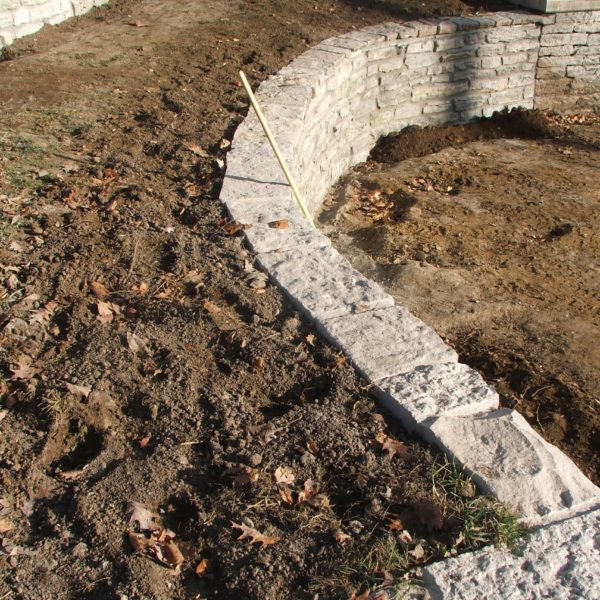 We excavated the ground and drilled in grass seed in the fall.  In the spring we sowed more seed and fertilized and watered-a lot. 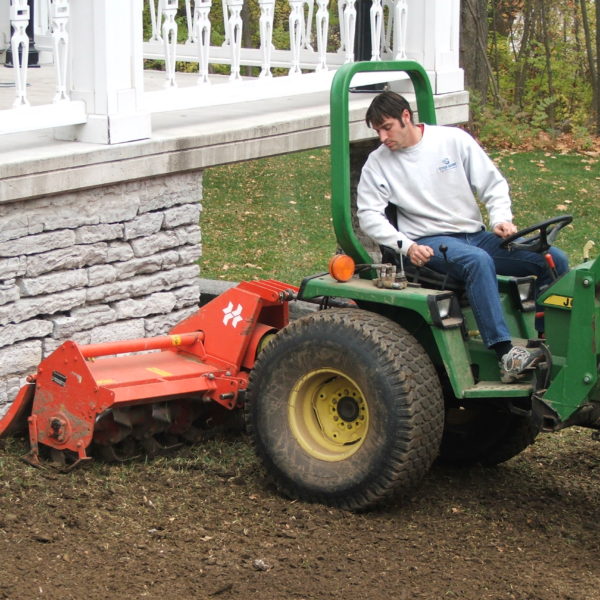 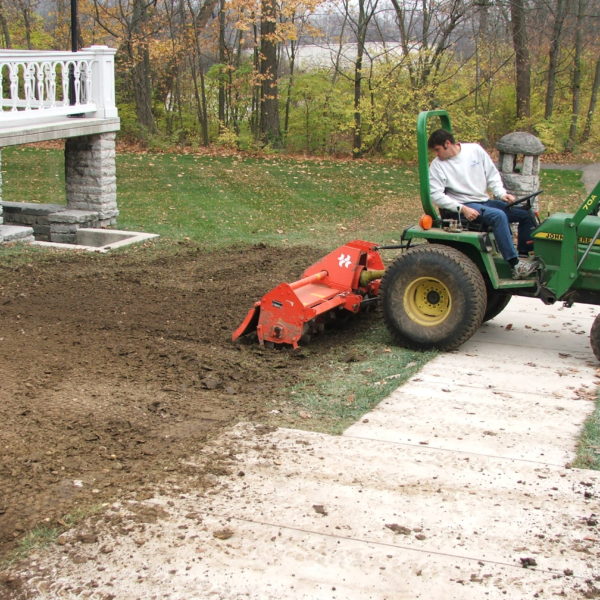 Now we have some beautiful walls! 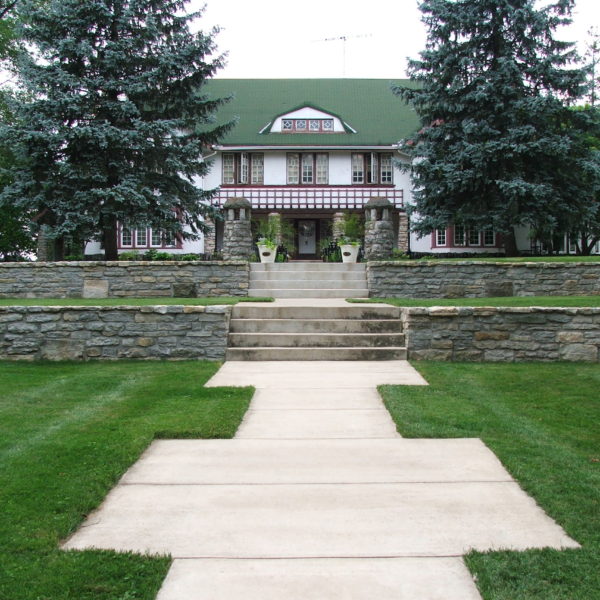 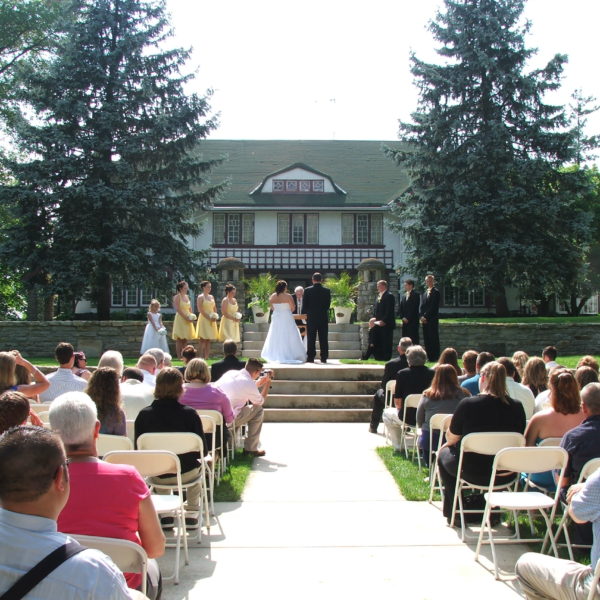